Uttoray: This little village in West Sikkim is a must visit for its picturesque settings and its beautiful people Tired, but happy after a trip to North Sikkim, I had plans to spend the last two days of my vacation in Uttarey in West Sikkim. Had heard a lot about this newly discovered tourist destination and when I took a shared car from Gangtok and reached the quaint little village, it had just started to rain. I had already had a word with Mr. Pema Sherpa who runs a homestay there and booked a room. As I reached the homestay, a smiling landlady showed me into a small room with a low door which had a bath room in the outside corridor. There was no electricity then, so I could not charge my phone and I felt a little depressed and wondered whether it was a right decision to come to this place where there was apparently nothing to do. My mood brightened when I was served some hot food, a quickly made plate of egg rice as lunchtime was over, but it tasted nice. Mr. Pema Sherpa was out and would be back in the evening, but I was already feeling at home. The simple food was fresh and tasted just like home and once full, I rested a bit. In the evening, Mr. Sherpa came to my room, and he seemed to be such a nice and busy man who ran this homestay and also organised treks and tours for those who came to visit Uttarey. I realised once again that apart from the natural beauty, it is people like him who make Sikkim such a wonderful place to visit. The evening tea, as I looked outside my room where they were growing some crops and beyond to where the mist curled around the mountain peaks’, relaxed me and after reading a bit and dinner with my hosts in their warm kitchen by the fire, I was prepared to call it a night. The next morning planned to go to a 2.5 km trek to Mainbass Falls, one of the tourist attractions of the place.  Another place of visit, the Hillary Park, would take another day and since I was leaving the next morning, I would not be able to make it there. I started after a breakfast of puri, sabji and nimki. I asked Mr. Sherpa to arrange for someone to take me to the waterfalls and I met Tashi, this bright, intelligent, boy who was doing his graduation in science and also a kickboxer at the national level. Even as we started, I realised that I had made a friend in this little village. He showed me a trout breeding centre and then we moved away from the road to green jungle trails, which for the most part were paved with stones and as we climbed gently our path took us through the Barsey Rhododendron Sanctuary. The Mainbass Falls is also known as the ‘hidden falls’, you can hear it when you near it, but you cannot see it as it is concealed behind a mass of rock and trees. Once have made your way past the rocks, you are greeted by a cool  spray as you look up in wonder at the mass of water cascading down the rocks. The short trek was totally worth it. And it was made more special because of Tashi and the stories he told me of his treks and his tournaments. On the way back, we stopped at this roadside hut and I ate some of the tastiest momos and kothays , freshly prepared, along with a cup of steaming ginger tea. Momos in Sikkim , made in the more authentic way tastes so much better than what you get in the cities and the Kothays, a pan fried version of a momo, deep fried and dipped in fiery homemade tomato sauce and slightly sour yak cheese, was simply awesome. We were back just before lunch, which was again a very homely affair. In the evening met a group of friends who had come down from Chandannagore in West Bengal and they would go to Hillary Park the next day, camp there and be back the next morning. I spent a lot of time with Mr. Sherpa in the evening, discussing possible trips and treks I could do in the future. He also organises the Dzongri –Goechla trek which is on my bucket list and is possibly the most exciting trek in Sikkim. The evening was again made special with the tea and pakodas. Next morning when I left, I was a tad bit sad, and I waved goodbye to my hosts, and I knew that I would miss the time I spent here. I had crossed this large suspension bridge on the way when I came and Mr. Sherpa told me that it was the famous Singshore Bridge, which I knew was the highest suspension bridge in Sikkim and the second highest in Asia. I was surprised to see a cafe and a crowd there the previous evening and that was because this was a popular tourist point for those who visited Peling, about 25 kms away. Uttarey was still relatively untouched and less crowded. This time I asked the driver to stop a while there and I walked along the length of the bridge, taking pictures and marveling at the deep gorge below, even as it has started drizzling. 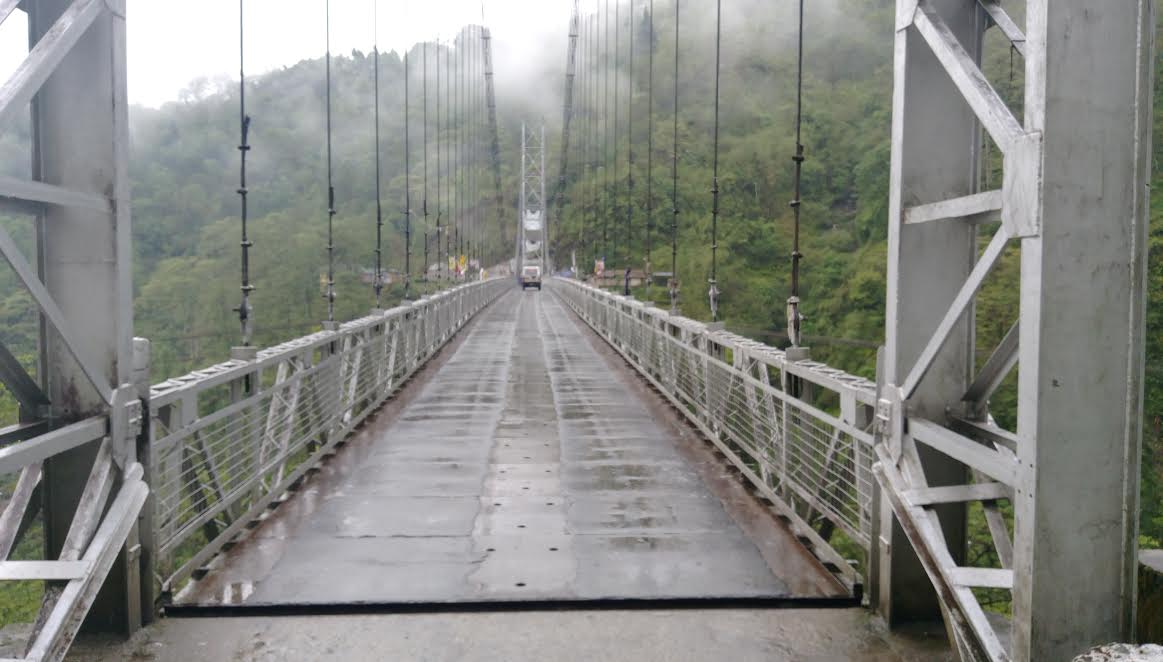 As I proceeded towards Jorethang from where I would take another share jeep to New Jalpaiguri, I knew I would miss the misty mountains. I had fallen in love with Uttarey and would come back soon.

Quick and easy recipes that taste a million bucks!

Social Kitchen: Holiday Inn’s all day dining outlet is all about good…

This Chinese New Year is the year of the rooster and Yauatcha, Mumbai,…