There’s a new place in town to try out Thai food- SOI – the New Asian street Kitchen from the house of Zaranj. Located just beside the Indian National Museum, the restaurant which opened shutters a month ago promises to bring to Kolkata the concept of a SOI, which in Thailand refers to a side street branching off a major street and rich in shopping, eating, drinking and nightlife. MoneyFoodTravel spent at evening there tasting some of the select food and drinks on the menu. Here is my review.

Food:  The restaurant may come with the tagline New Street Asian Kitchen, but that is somewhat of a misnomer as the dishes are either Thai or Chinese and apt for the Kolkata market, which loves good Chinese and Thai food. A special mention of a few items, mostly Thai- the Papaya Salad was a refreshing appetiser, it came with the right nuance of lime and sweet flavour and is a must try. The sizzling Moon Fan Rice with red wine poured from the top is a novelty. The Tempura Prawn with Sukiyaki and Teriyaki Sauce had a coating of fried noodles and though the prawns were soft and tasty, it had absorbed more oil than one would like. The Satay Kai, or strips of chicken grilled in peanut sauce and served with a peanut dip, was tender and flavourful, but it was pan-fried and not grilled, as mentioned. In the main courses, The Magshah Moo or Pork Red Curry, made with coconut milk was deliciously, creamy and succulent and the Lemon Chicken, was aptly subtle and did not overpower the natural flavour of chicken. All the ingredients required for the dishes are sourced from Thailand and that is a definite plus. Drinks:  Will start with the Appletini (mocktail), the lime flavour and the sweetness was rightly balanced and the garnishing, as we mention later, was top notch. The Caprioska (cocktail), a vodka-based drink also had the perfect balance of the strong flavours of lime and mint and the smoothness of vodka. The Raspberry Lynchburg, the popular cocktail made of Raspberry puree and lemonade,  had a sweet and sour flavour laced with whisky, but I personally feel that the sweetness of raspberry overpowered the flavour of whiskey and it should  ideally be married with vodka or gin. Presentation: Full marks to the chefs for detail and innovation in the presentation. The Appletine mocktail garnished with apple slices arranged like a windmill, was a work of art. Another touch of class- the Moon Fan Rice presented on a sizzler tray and then red wine was poured on it to make to make it sizzle. However, I felt that in some cases the garnishing was a tad bit overdone and could have been underplayed a bit. Ambience: Once you enter the place, one thing that greets you is a double bar, a refreshing new concept. A lot of effort has gone into the design – the tiles and marbles give the place an oriental feel. An assortment of original airline posters from different countries in Asia adorn one of the walls and some of tiles on the walls even have motifs of Chinese secret societies. The open kitchen is very neat. To sum up, the ambience has a class of its own, without anything that reeks of opulence. 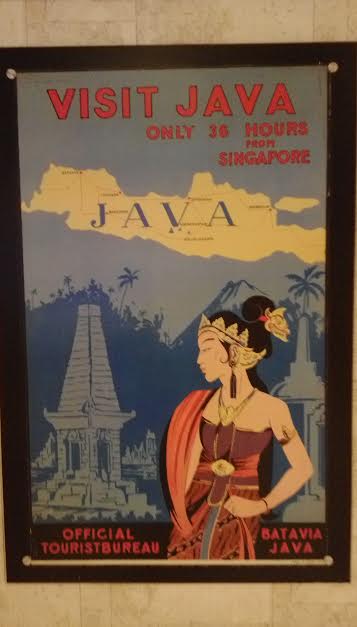 Price: The prices compare to other similar A-category restaurants in town. A meal for two with alcohol, with VAT and other taxes would come to around ₹ 2,000. Cocktails costs between ₹ 195 and ₹ 325. For the location and the quality of the place, the prices do not stand out for being on the lower side, but are justified.

Final verdict: Thai food has been catching up in Kolkata, but there are not too many restaurants which offer authentic Thai food. So next time you want immerse yourself in the flavours of  Thailand, especially to treat your friends and family, do head to SOI.

( Photographs by the author)