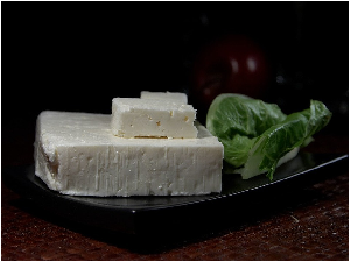 As ancient records go, cheese was invented more than 4,000 years ago. It is said that some Arabian merchant was transporting milk in a bag made of sheep’s stomach and the rennet (enzymes) in the lining of the pouch curdled the milk and transformed it into cheese. The art of making cheese then was taken to Europe by travelers from Asia and then it was discovered by the United States. In fact more than one third of milk produced in the United States is made into cheese!

The making of cheese is an art and it takes connoisseurs to appreciate good cheese. In fact, cheese is a lot like wine, while bacteria is used to ferment grapes to make wine, bacteria is also used to ferment milk to make cheese and give it a distinctive appearance, aroma, taste and texture. A cheese has a lot going into it, starting from the kind of milk used, the location where it is being produced, whether the milk is pasteurized, the introduction of the bacteria and the mold and also how much it is aged. No wonder cheese pairs well with wine!

While there are hundreds of different cheeses available, here is quick guide to 6 of the most common cheeses you will come across in a departmental store or in recipes that use cheese.

Considered one of the oldest cheeses in the world, Feta cheese originates in Greece and is made from a mixture of goat and sheep’s milk (70 per cent sheep milk and 30 per cent goat milk) and is a part of every Greek meal in some manner or the other. Similar white cheese is also made outside the European region, wholly or partly from cow’s milk. Feta cheese is protected under EU legislations since 2002 and only those cheeses that are made in a particular way in some parts of Greece can be called Feta. Overall, Feta is salty and tangy to taste, is creamy white in colour with small or no holes and comes in large blocks submerged in brine. The better Feta is 4-6 weeks old and it becomes saltier with age.   Feta cheese can be used in many ways. It can be used as a table cheese with olives, bread and green vegetables, added to salads or pastas, used as a filling for omelets and also as an ingredient in Greek pies. The cheese also goes well with red and white wines.

Mozzarella is Italy’s claim to cheese fame. Traditionally, Mozarella cheese is made from the milk of water buffaloes which are found only in some locations, so most of the Mozzarella you come across will be made of cow’s milk. Buffalo Mozzarella, made from the milk of the domestic Italian water buffalo from the Campania region in Southern Italy has a protected status. Unlike a lot of other cheeses, Mozzarella is not aged, but needs to be eaten fresh within a few hours it is made. The cheese has a soft and moist texture and is milky to taste. Freshly made Buffalo Mozzarella is soft and creamy, as compared to mass produced Mozzarella made from cow’s milk. Mozzarella is used mostly on pizzas and Italian pasta dishes. It also tastes greats with snacks and salads and is a key ingredient of the classic Italian salad, the Insalata Caprese.  Mozzarella goes well with white wine, but also can be paired with light and fruity red wines.

Gouda or ‘How-da’ as the locals say it is named after the city of Gouda in Netherlands where it was originally produced in the 6th century. It is mostly made of cow’s milk, though it is also made of goat’s milk and aged for a long time. Most of the cheese produced in Holland today is Gouda cheese. Gouda cheese has a mild flavour with a sweet and nutty taste and it is creamy, creamier than cheddar. As it ripens, Gouda changes its appearance, taste and colour. There are seven different versions of Gouda cheese depending on age. While the younger versions are in form of light yellow paste, the older versions are harder, more brittle, saltier and a deeply coloured. Smoked Gouda is made my smoking Gouda cheese in brick oven over hickory chips. Young or baby Gouda goes best with beer and juices, as a seasoning in salads, topped over crackers or paired with fruits like cherries and peaches. Aged Gouda is paired with fruits like apples and pears, used in desserts and cocktails that are made of these fruits and also goes well with full-bodied red wines like Pinot Noir.

The most popular cheese in the UK, it is also the most widely consumed cheese in the world and originates from the village of Cheddar in England. It is made of cow’s milk and its taste ranges from mild to sharp and colour is white or a golden yellow (orange). The orange hue comes from the flavourless annatto seed which is used to colour the cheese. The taste of cheddar changes depending on its origin and the length of aging. Cheddar aged between 2-3 months is labeled as mild, that aged between 6-9 months is sharp and that which is  between 1 ½ to 2years old is labeled as extra sharp. As the cheese ages, not only does it acquire a tangier and sharper taste, it also loses moisture to lose it creamy texture and become drier and more crumby. While nibbling on cheddar you would obviously prefer an aged version while a younger cheese is more preferable while cooking. Cheddar is one of the most versatile of all cheeses; it can be grated and sprinkled on a salad, melted into a dip, made into cheese straws, used to make cheesy pasta or even served with dessert!

Many many years ago, cheese that was left to age in damp cool caves, became streaked with a bluish- green mould. This gave the cheese a pungent favour and the concept of blue cheese was born, or so the legend goes. Blue cheese gets the unique blue look from mold that is added to the cheese during the cheese making process, the most widely used strains being the Penicillium Roqueforti and Penicillium Glaucum. Many cheese makers still use caves to age them. Once the mold is introduced in the cheese, the cheese is needled to create holes in it so that the mold receives oxygen and is encouraged to grow and move outside. Most blue cheese is made out of cow’s milk, but they can also be made of goat or sheep’s milk.  The type of blue cheese depends on when the mold is added to the cheese during the cheesemaking process.  Stilton, Roquefort, Gorgonzola and Maytag Blue are some of the famous varieties of blue cheese made in specific locations in England, Italy, France and America respectively. Having a strong and pungent flavour, blue cheese can be paired with bread, crackers, pizzas or fruits for an appetizer or crumbled and used in a salad, pasta or a sandwich.

Camembert, a soft, white cheese, is the most popular cheese from France, originally made from raw milk in Normandy, France. However many good varieties of Camembert cheese are made in Normandy today, but by using pasteurized milk, the most well known of them being the Camembert Le Châtelain.  Camembert is however different from another French cheese known as Brie, though it looks similar and is made in the same way. While young Camembert is sweet and has got a milky flavour, it gets a strong, buttery and slightly sour taste as it matures. It also develops a bloomy rind, a growth of a soft, white mold on the surface of the cheese, which can be eaten with the cheese. The most traditional way to have Camembert cheese is to spread it on a baguette ( French Bread), but it can also be served with fruits like grapes, berries and melons and with all kinds of nuts like almonds, chestnuts and made into a salad or into pastas.  This cheese is paired well with red wines, cider or champagne.

Cafe Studio: Always judge a cafe by its coffee