I love the mountains, but a weekend trip by the seaside refreshed me like no other Seaside or mountains? Most travellers are kind of biased when faced with this question. I am very much a mountain person. But I love the seaside too.

Last weekend I decided to head for a rather quiet beach about 180 kms from home. I won’t name it as the name does not matter. All that the place has is a clean and secluded beach dotted with Casurina trees, secluded mostly because tourists throng other more popular beaches nearby. There are a few shacks that sell tea and breakfast and fried fish, mostly the catch of the day. Plus of course tender coconut known in Bengali as daab. The sweet water refreshes you and the white flesh inside is delicious. 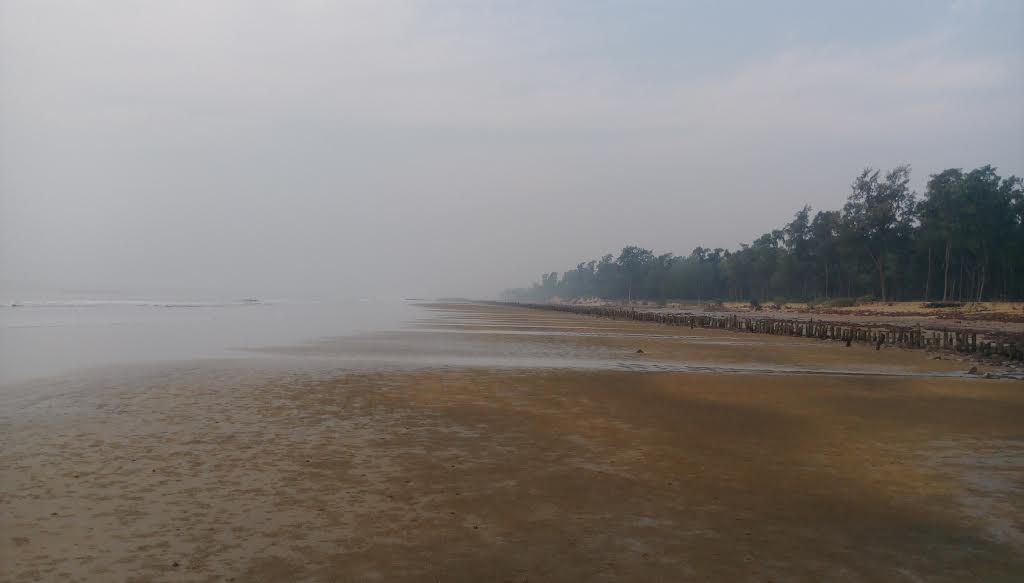 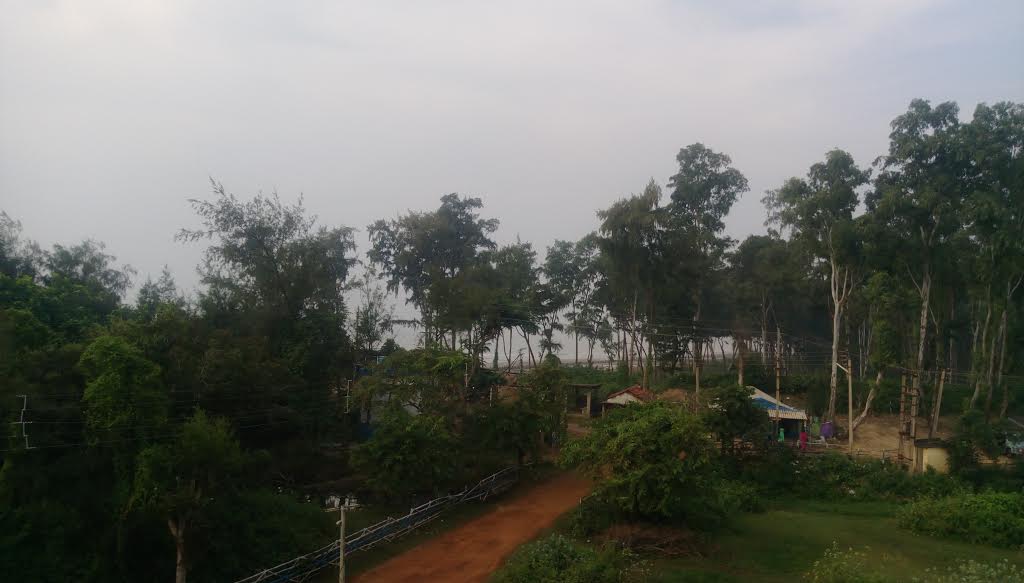 That was my idea of the trip. To sit by the seaside and read as I sipped on a daab. Take walks on the beach. And go to sleep lulled by the sound of the waves.

But I was in for a surprise. My friend, and his office mates were there on a trip. And they were staying at a hotel a couple of kilometres away. After my lunch and some rest as the sun was quite hot outside, we met up. At this shack we ordered fried fish- Hilsa and Pomfret.The fish were fresh, and served fried. The same fish would cost twice as much or more in the city. Here the price was low and it tasted better. You can actually go to the fishing harbour and buy fresh catch that you can ask your hotel to cook for you. A paradise for fish lovers like me. 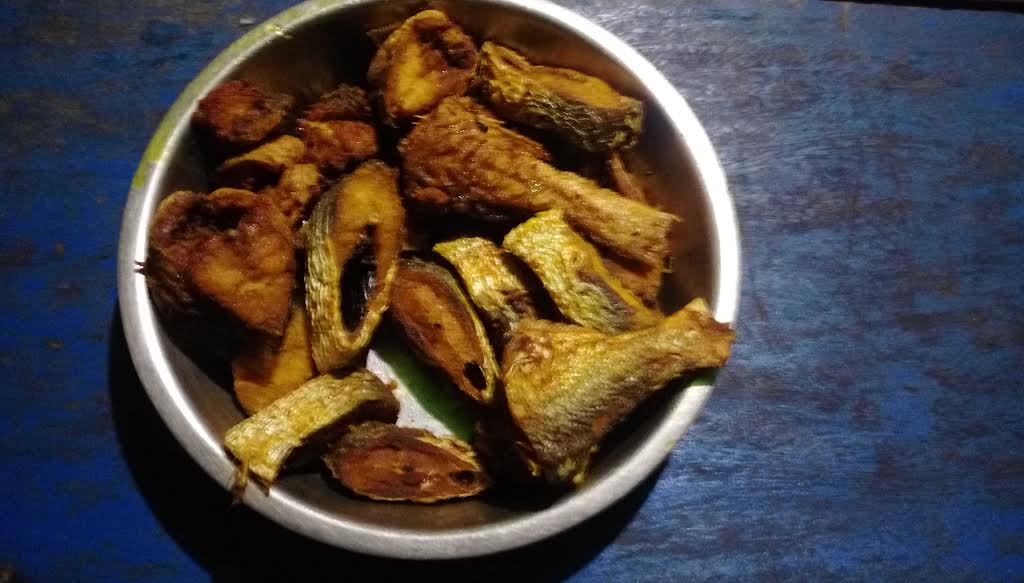 The best part of the trip though was my friends and the awesome time we spent together. The hotel was not very crowded for this time of the year and we had the entire terrace to ourselves. There were some lights, a few chairs and a table. And of course there was fried fish, food and drinks. Being a teetotaller I settled for a pot of black coffee.

The stage was set for a great evening. Conversation flowed freely as we ate and drank and listened to music. In such times there are some songs which are always played. Whether it is Eagle’s Hotel Calofornia, Tagore’s Purano Sei Diner Kotha , Harry Belafonte’s Jamaica Farewell, or evergreen songs of Kumar Sanu, the songs played on well into the night on a crackling portable speaker.

The setting was idyllic. It was dark all around, except for light of half a moon that kind of gave everything a silvery glow. Through the trees we could see the white tip of the waves crashing on the shore a few hundred yards away. As night increased, the waves would lash against the shore with more ferocity at high tide, yet it did not interrupt us or our music, or our conversation. The sound of the waves was like constant background music as much a part of our evening as all the friends, it with us always, setting the mood.

The area around the hotel has a lot of woody areas. Far away in the distance the black mass of trees stood out against the whitish night sky creating a sombre backdrop. We had caught a fox in the headlight of our car and as darkness fell, these unseen creatures started calling out in shrill tones, as they marked their territory or mated. Again, the concoction of the moonlight and the sound of the waves and the cries of the foxes gave everything a dreamy effect.

After a point, we even started feeling a little chilly which is natural at this time of the year as it signals the onset of winter. We stayed up till 3am, when our phone batteries started to die out and we decided to call it a day.

In the morning we took a walk on the beach.  The ground under our feet was wet, flat and firm and as we walked we disturbed tiny crabs that would make a dash for their holes. The waves continued their effortless endeavour, breaking up and then hitting the shore.

There were few other tourists, some playing cricket, some wetting their feet in the waves and kids running about playing ball. Some of my friends took a bath in the sea, but I preferred to sit and have a cup of sweet milk tea as I read my book. 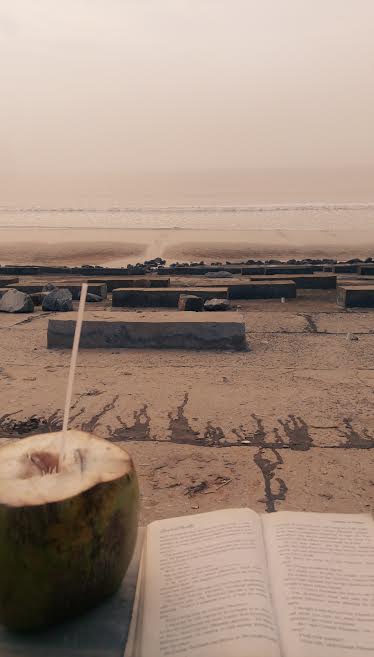 We had left the seaside to be back home by lunch the next day and prepared to survive another work week. As far as unwinding goes, a short trip to the seaside is a great thing to do. There is something about the vastness of the sea that calms and refreshes you from inside. And there is no music that beats the sound of the waves.

On our bucket list! Lonely Planet’s Top 5 regions to travel to in 2017