From Rose shaped chocolate momos to the rather innovative momo sizzlers, Wow! Momo is the place to be for a pocket-friendly date during this season of love 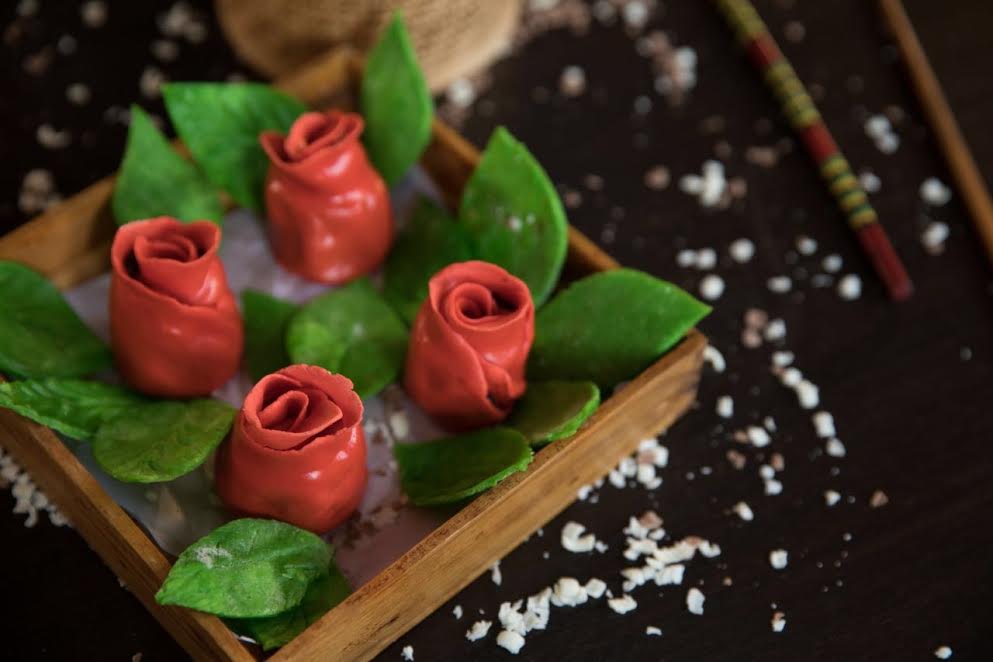 Valentine’s Day. That day of the year when couples make it a point to spend some mushy time with each other. And while the likes of Archies and Ferns N Petals make a killing, restaurants have been coming up with innovative stuff to woo the lovebirds as well.

Wow! Momo, one of the fastest growing food chains, that has become very visible in Kolkata with the maximum number of stores ( 56 ), has decided to jump in on the bandwagon with momos that look as good as roses, leaves and all. (just that the thorns are missing!) 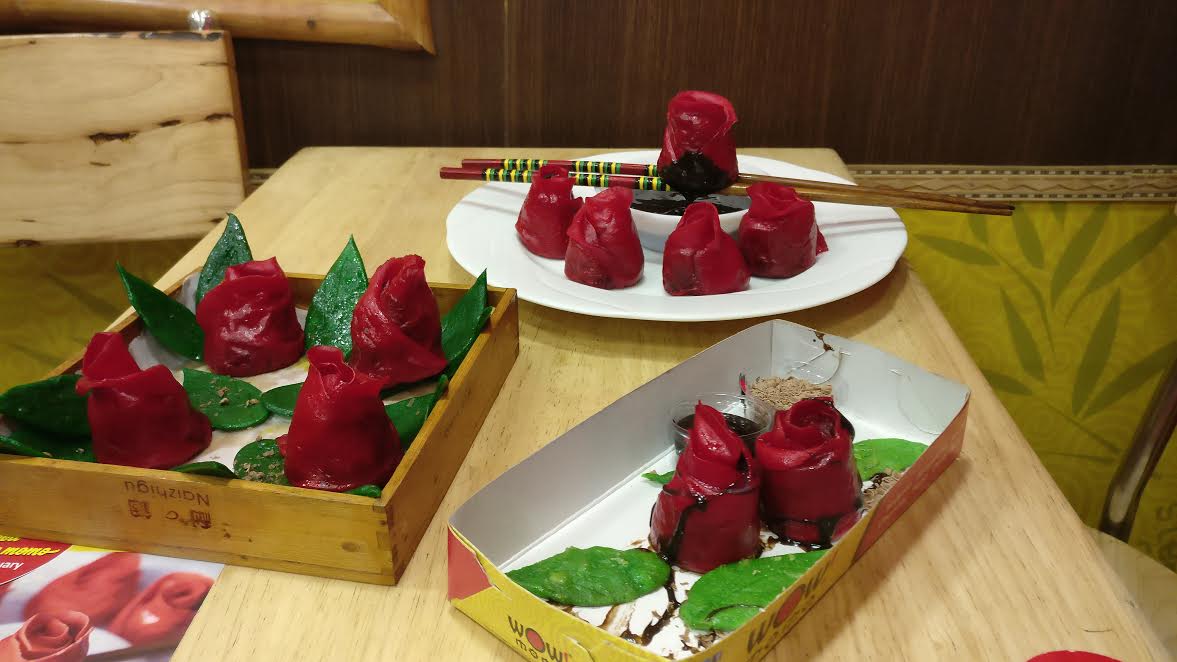 Basically these are chocolate momos. The rose shaped momos have a chocolate brownie filling, the dough is dipped in rose syrup and has a red food colouring and is served with a chocolate dip and crumbled chocolate flakes. I have been a bit wary of chocolate momos before, but this one was sinfully delicious. With the rose and chocolate combo it embodies everything romantic and would be a hit among couples during this time of the year, mostly for college goers not able to afford a candle-lit dinner in some fancy restaurant.

Been following Wow! Momo as a foodie and I have noticed a couple of interesting things about them. First, they are expanding rapidly and have been one of the first major food brands to make a foray into metro stations, which in Kolkata, I always thought were underutilised.

Second, we all think of momos as snacks, but their menu has suitably expanded to include moburgs ( momo burgers), Au gratin momos and sizzler momos. If you think of it, any dish in Wow! Momo has to be based on momos and this is an area not many have ventured into the past.  Pardon me if I get a bit carried away with the sizzler momo.  What you have is schezwan noodles laid out on a sizzler plate with a base of cabbage and vegetables, 6 pieces of steamed momos ( chicken or veg ) and served with a bowl of Manchurian gravy and coriander sauce. The dish is served steaming hot, as sizzlers are , the noodles by themselves taste brilliant, the slightly charred veggies at the bottom are a delight and the momos are filling. At around Rs 250, it is complete meal for two. With this dish people can seriously consider Wow! Momo for a quick dinner option, and noodles is always a favourite. 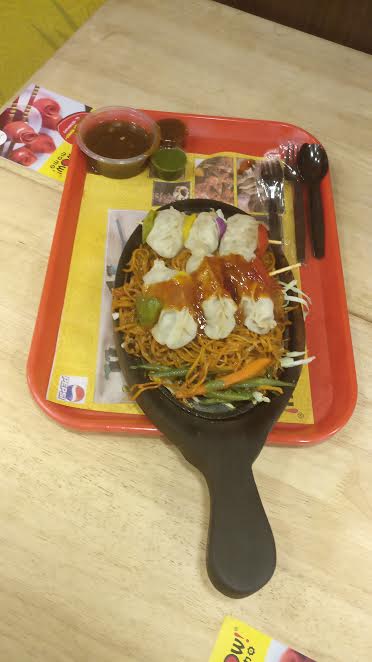 As Sagar J Daryani, the CEO and co-founder puts it, it all started with a journey of passion and what has kept them going is innovation . It has been a little over 8 years but the brand has the highest recall as a momo chain in Kolkata , which has loved momos for quite a while now, with the likes of Blue Poppy and Tibetan Delight having introduced us to  momos long ago.

There is this place near my home where these is a Wow! Momo and a Subway side by side and most of the busy weekends I see that the Wow! Momo outlet is actually busier than its neighbour. For most of us who got a taste of quick service restaurants with the McDonalds , Subway and KFC, this is quite a welcome change. As long as they keep on adding the wow factor to their offerings, the Wow! Momo story is here to stay!

Deoghar: The abode of Gods and Goddesses

Eat wise, spend smart: How to create an eating out budget and stick to…

Planning a forest trip? Here are 5 ways to be a responsible tourist