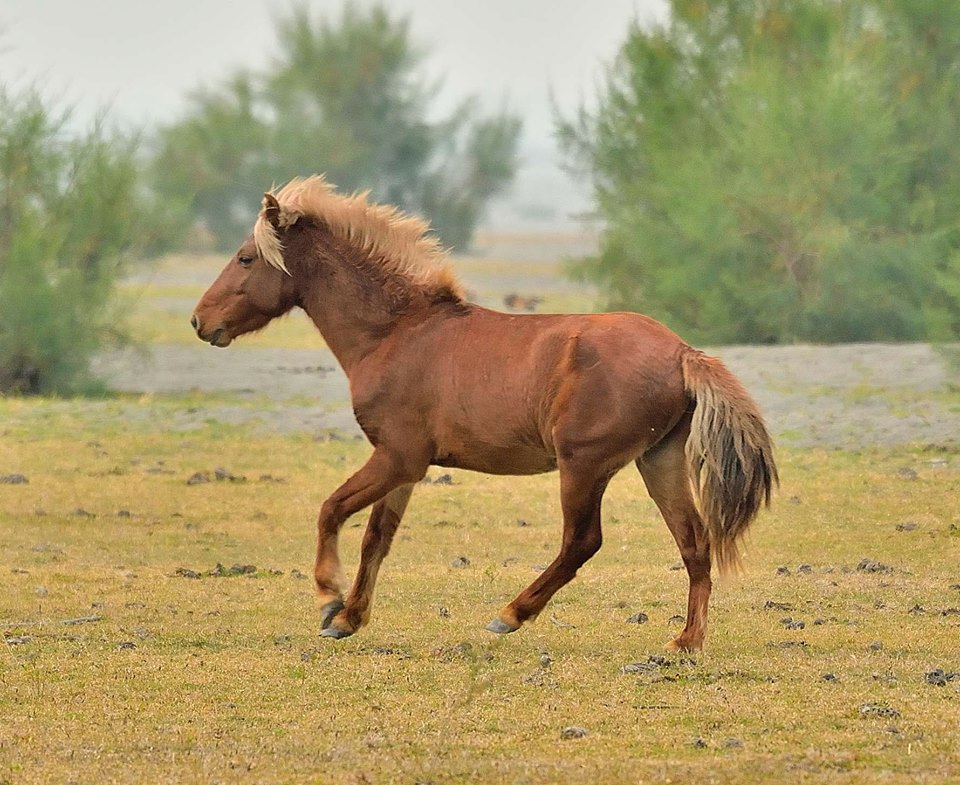 Last weekend we had gone on a trip to this unique National Park called The Dibru- Sikhowa National Park on a river island in Assam. Dibru- Sikhowa has been recognized as a Biosphere Reserve in 1997 by the Govt of India. Situated in the flood plains of the Brahmaputra and the Lohit, at an altitude of 118 m above sea level, this is the largest Salix swamp forest in North East India and is located at about 12 kms north of Tinsukhia, Assam, and is just an hour drive from the Dibrugarh Airport.

This also happens to be the confluence of eight rivers, the Dibang, Siang, Luhit being the most known ones.

One can visit this place during the Winters[ October – March ] when the migratory birds visit from various parts of the world and  also again during April – September, when special flood tours are organized here, as most parts of Dibru-Saikhowa remains inundated with flood water. The other attractions for nature lovers are the Gangetic Diver Dolphins, Hollock Gibbons  ( a primate species), Asiatic Wild Buffaloes and the Feral Horses (wild horses of domesticated ancestry).

Most of these information was shared to us by Wave Eco Tourism, which is primarily managed by a person named Mr. Nirantan Gohain who has worked extensively to promote Eco-tourism and nature conservation in this North – eastern part of India. With special effort they have engaged many local residents of the adjoining villages and have educated them about the rich bio diversity of this particular place and how this region can become an important Eco – tourist destination in years to come. Tourists like us got the opportunity of experiencing the local history, culture and the exquisite and serene beauty of nature. In our 3 days Itinerary, we stayed at the Rangagora (Dibru-Saikhowa) Eco- Camp, which has been built on a beautiful plot right across the Brahmaputra river. The cottages built out of Bamboos and wood are very basic ones but certainly won’t give anyone an opportunity to complain, as the pristine scenic beauty of the environment with the river on one side and the forest on the other will keep one completely engrossed. One will be mesmerized in the purity of the air and the day long chirping of the birds from all around. The early morning guided tour to the Maguri – Matapung Beel (classified as an important bird area or IBA) for watching the migratory as well as the local birds, is a worthy experience for any bird lover. Marsh Babbler, Falcated Teal, Jerdon’s Babbler, Black- Breasted Parrot Bill, White Winged Wood Duck and other birds flock in here. The adjoining grasslands also gives one an opportunity to try your luck on spotting some of the rare  bushland species like Jerdon’s Bushchat and the Rufous- rumped Grassbird. 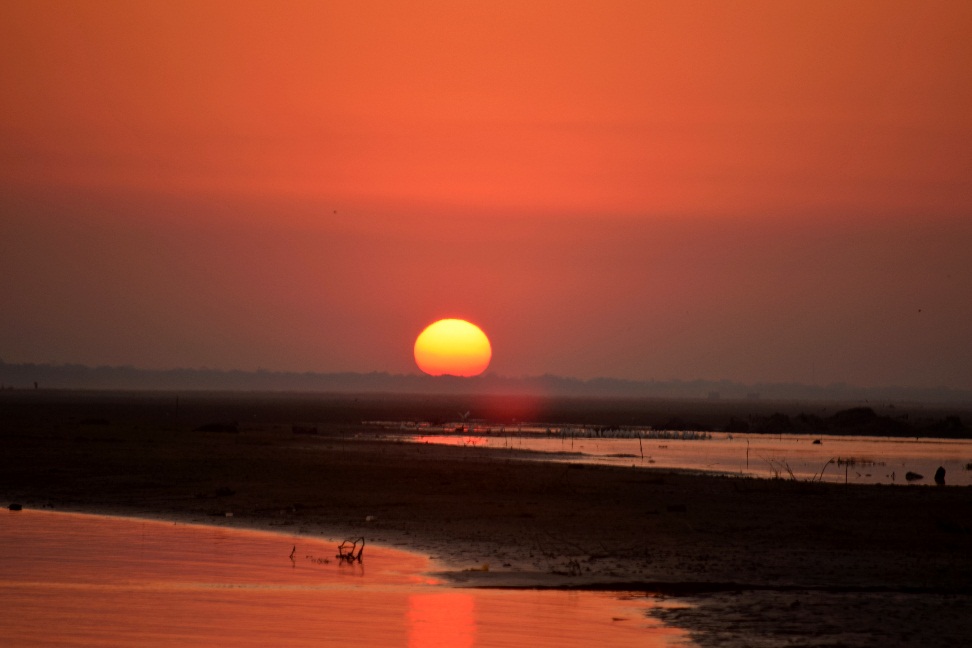 The setting sun giving a lovely orange hue to the Brahmaputra and that, along with the quintessential duck’s quacks and whistles makes one feel to take the boat ride again and again.

Another wonderful experience was sighting the Hollock Gibbon family on tree tops. The local village men made it possible for us as they tried to lure and keep them engaged by offering them bananas. They posed for us in their various moods and we merrily tried to capture the shots as well as we could. 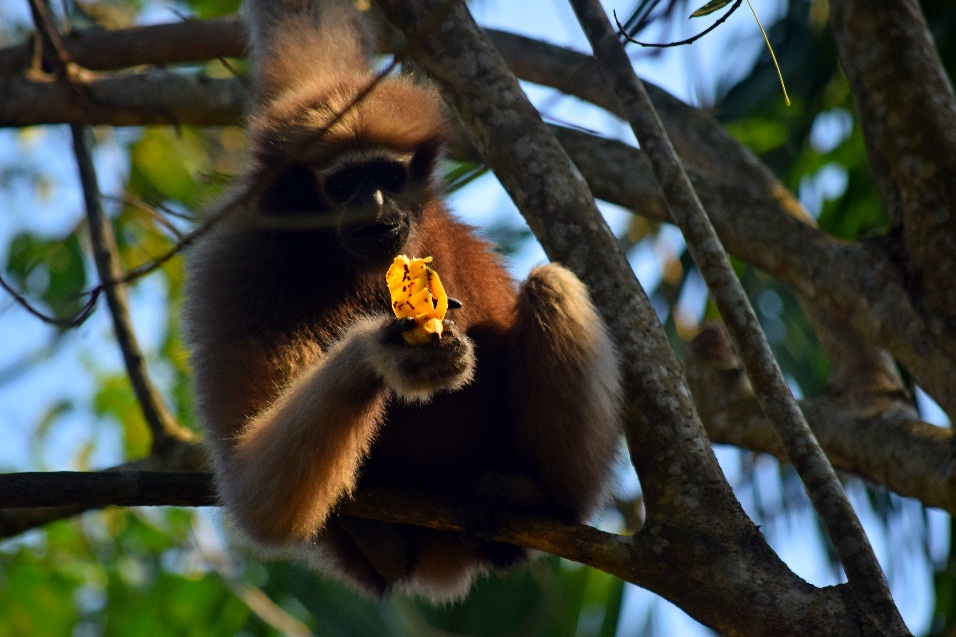 We got to know from the locals, that since the gibbons are gradually becoming an endangered species, all the adjoining villages are taking extra efforts for their conservation and are stopping their poaching and hunting as much as possible.

Trekking in the Dibru= Saikhowa National park gives one a chance to see the Kekjari Tree which is considered as an important attraction for all Eco-tourists. The locals claim that it is the largest and immortal tree species in the world.

However, the best of our experience was to get the opportunity of seeing the Feral Horses which are not found anywhere else in India. It is a herd of about 150 horses descended from those who had escaped army camps during World War II. The island is inhabited only by them , and every year their count is increasing.  At one point of time, they were in battle, now they are free and relaxed, such is the quirk of fate. Looking at the Chestnut Brown coloured beauties walking over the white sand dried -up river beds was truly a lifetime experience, which probably we will never forget. Have guests over on a rainy evening? Surprise them!

Chopta Chandrashila trek: Christmas in the snows of Uattarakhand